We're still open, 8 a.m. to 4 p.m. Monday through Friday. Call us to discuss an estimate.

Get a Free Quote

Are you wondering how much your next move is going to cost? We can provide you with an accurate estimate.

San Gabriel Valley is a beautiful part of Southern California’s Los Angeles County and Gateway Cities region. If you’re planning on moving to or from Pasadena, Monrovia, Glendale, Pomona or any of the nearby cities, then it’s likely you’ll be living in the San Gabriel Valley. Since the valley offers excellent weather year around, rarely falling below 70 degrees Fahrenheit, and many of LA County’s most vibrant cities, there is no shortage of attractions and fun activities in San Gabriel Valley.

San Gabriel’s city of Pasadena is home to the annual Tournament of Roses Parade, which is broadcast live on television on New Year’s Day and culminates with the Rose Bowl, one of the most popular football games and one of the most popular sporting events of the year. Pasadena is home to several art-house film and play theatres including the Pasadena Playhouse. The city is also home to the California Institute of Technology, a top 10 ranked university worldwide in areas such as citation index, Nobel Prizes, and general university rankings. San Gabriel is also home to Caltech’s Jet Propulsion Laboratory, which is responsible for designing and engineering many of NASA’s spacecraft. Pasadena is also the birthplace of many famous modern franchises like Trader Joe’s and Panda Express.

Many of the smaller towns in the San Gabriel Valley have adopted a Route 66 theme in order to revitalize downtown areas and capitalize on retro appeal. Downtown Covina has had success with its nostalgic emphasis placed on a small-town America atmosphere and mom-and-pop merchants rather than large retail franchises. Monrovia has also embraced this theme for its Old Town while Alhambra has worked toward renovation projects of its own recently.

Any movie buff who’s moving to the San Gabriel Valley is in for a real treat. Since the San Gabriel Valley includes much of Los Angeles County, it’s no surprise that many Hollywood movies have been filmed here over the years. Arcadia is featured as the landing site of aliens in the original version of the movie War of the Worlds and John Carpenter’s famous 1978 film, Halloween, was filmed in south Pasadena. The San Gabriel Valley city of San Marino has seen a particularly high amount of Hollywood activity as a backdrop for many well known movies from recent years. Some of the movies that were partially or completely filmed in San Marino include: Mr. & Mrs. Smith, Men in Black II, The Hot Chick and The Nutty Professor. Popular TV shows Felicity, The Office, The West Wing, and Alias were also filmed here.

With so much to look forward to after your move to the San Gabriel Valley area, we want to help make the transition quick, efficient and stress-free so you can begin exploring your new surroundings in no time. With our comprehensive moving and storage services, we’ve got your entire move covered so there’s not a thing you need to worry about. Our expert movers can move you anywhere in the San Gabriel Valley area including the following cities:

Pink Transfer can help with your move to La Crescenta, CA. This beautiful city lies southwest of the Angeles National Forest. Its close proximity to the national park allows residents to explore the vast wilderness, hiking trails and plenty of other outdoor recreation. On the other hand, La Crescenta is just a short, 15 mile drive from downtown Los Angeles. Moving to this city gives you the option to enjoy breathtaking landscapes, as well as the bustling city life with a trip downtown. Hire us as your La Crescenta movers to get the best of both worlds.

Altadena, CA is a city also on the border of the Angeles National Forest, located directly north of Pasadena. Altadena is well-known for its famous Christmas Tree Lane which has been a staple attraction since 1920 bringing in visitors around the world to tour the incredible Christmas light display. Altadena also features a 107-acre hiking grounds called Cobb Estate, formerly a 1900s mansion used as a vacation destination. Our Altadena movers are ready to get your move started so you can begin exploring this historical city!

Neighboring city of Altadena, Sierra Madre is another city within San Gabriel Valley that has much to offer. After moving to Sierra Madre, one of the first places you’ll want to visit is the Sierra Madre Wisteria. The city also hosts an annual Wisteria Festival celebrating the Guinness World Record breaking Chinese wisteria vine that was planted over 125 years ago. You’ll get to enjoy a host of other attractions and events in Sierra Madre including their famous Independence Day parade once you’ve settled in after your move.

Get a Free Quote

Are you wondering how much your next move is going to cost? We can provide you with an accurate estimate. 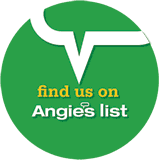